Native Bees: What’s All the Buzz About? 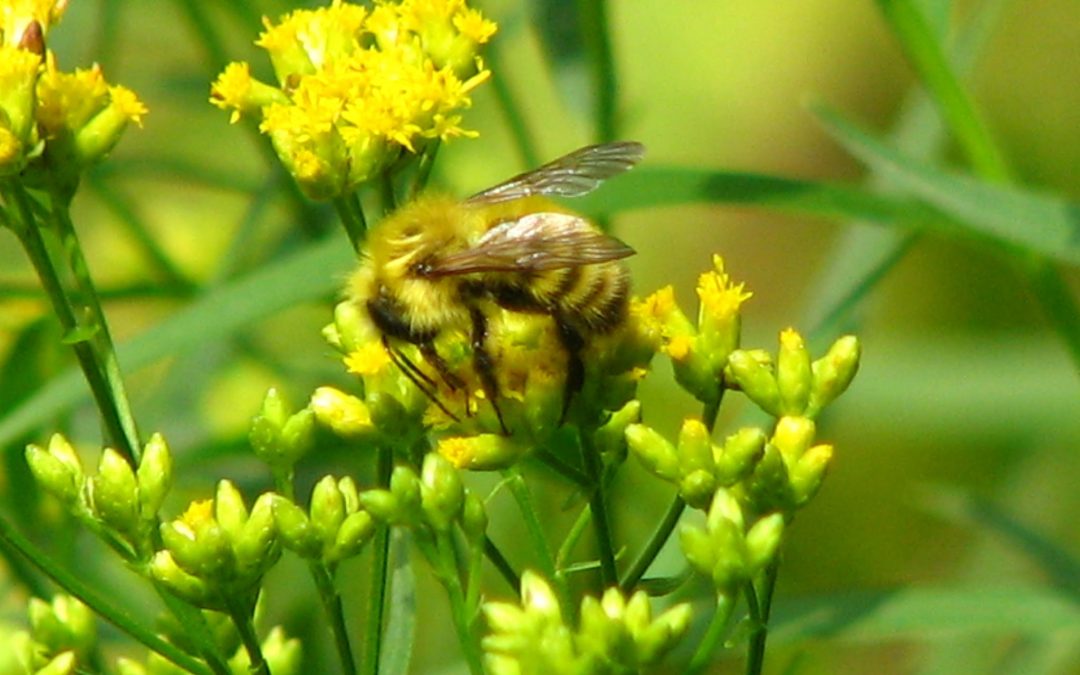 For the past few years, “save the bees!” has been a common phrase in sustainability circles. If you’re like me, when you think of a bee, you picture a honeybee. You may be surprised to learn that Western honeybees, the ones most commonly found in the U.S. aren’t actually native to the country, but were actually brought to North America with European colonization. The Xerces Society, an international nonprofit that fights for the conservation of invertebrates and their habitats, has identified 4,000 different species of native bees across the U.S. This means that there are thousands of bees other than the honeybee who also need saving. A majority of these species are solitary bees who differ greatly from our well-known honeybee neighbors and they are disappearing at an alarming rate. According to a 2013 report for Science, “50 percent of Midwestern native bee species disappeared from their historic ranges in the last 100 years. Four of our bumblebee species declined 96 percent in the last 20 years, and three species are believed to already be extinct.”

Who are these native bees?

Bees can be social and live in colonies, like the honeybee, or live solitary like the majority of our native bees. Social bees live in colonies or hives, while solitary bees often nest in the ground or in in small naturally-existing or man made holes. Let’s get to know some of the more common native midwestern bees a little better:

These fuzzy little creatures are commonly seen throughout the Midwest, but what you might not know is that bumblebees collect pollen twice as fast as honeybees. Like honeybees, bumblebees live in colonies, but their nests almost always exist below ground and their colonies are never as large or long-lived as that of the honeybee. Unlike honeybees which simply climb onto a flower and pick up pollen in the pollen baskets on their back legs, bumblebees vibrate the flower. This action allows the pollen to fall onto their bodies and is a more effective way to pollinate.  While bumblebees do have stingers, they very rarely sting. They may become aggressive if their hive is threatened, but for the most part they are unbothered by the presence of humans.

Note: If you’re worried about Carpenter bees burrowing into your home, the best solution is to varnish or paint unfinished wooden surfaces. You can fill existing holes in the fall after the bees have emerged from their nests.

One of the most common bees found in the U.S. are Mason Bees. Like Carpenter Bees, Mason Bees create their nests in holes, though they rarely make the holes themselves, instead they take advantage of hollow stems or preexisting holes made by other creatures in dead wood. Mason Bees use mud for constructing walls within their nests. One of the coolest and most significant features of a Mason Bee is the fact that they carry pollen on their hairy bellies rather than on their legs. This makes them extremely useful pollinators because they can simply carry a very large amount of pollen from place to place. These awesome pollinators are also very gentle. Because “female Mason bees build their own nests, gather their own food, and lay their own eggs…[they] are far too busy to be aggressive towards people.”

What We Can Do

Now that you know all about our little, pollinating neighbors, I’m sure you’re wondering what you can do to support them since they do so much to support us. There are tons of resources about how best to support native bees, but I’ve gathered a few of my favorites below: 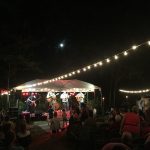 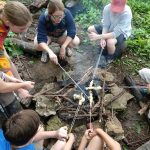