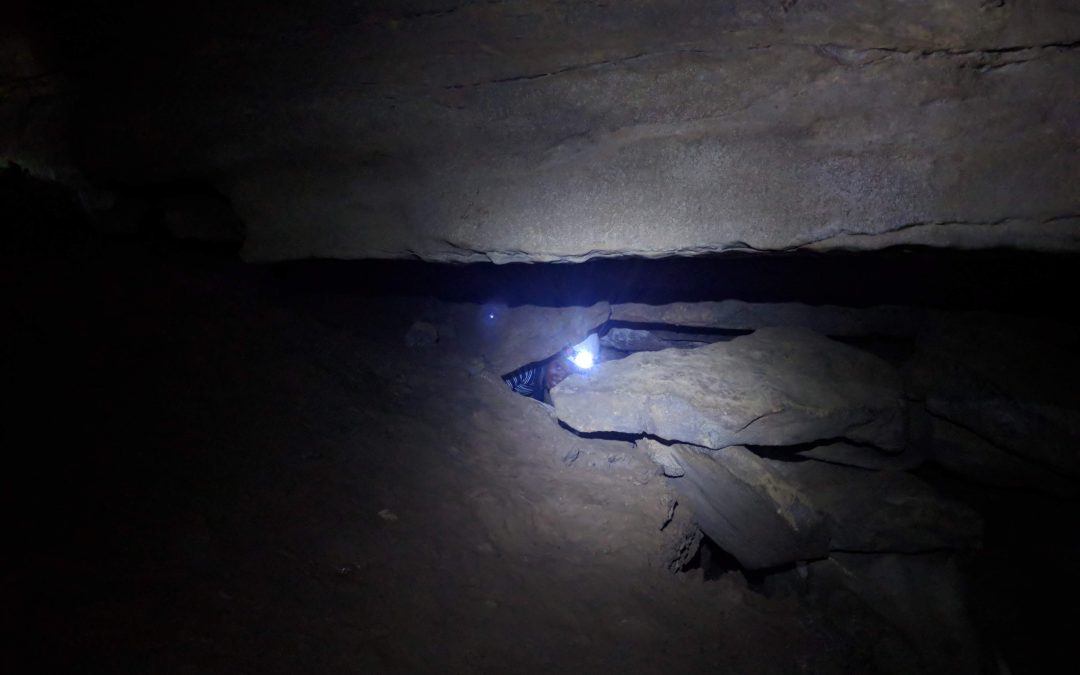 This is the fourth in our series of favorite Imago moments for 2018. Look for Mo’s story of running her first sit spot, Adrian’s favorite in our new kitchen, Bob’s story of collecting nature stories at MITW, and Devin’s giant honeysuckle story from the Honeysuckle Hunt.

Michael and Asia attended several weeks of summer camp, but the week that sticks out for me is our first full week of Adventure Camp. Adventure Camp is for pre-teens and teens and it involves getting in a van each day and driving to different natural areas. We go kayaking, rock climbing, hiking and this year we went caving.

When I say caving, I mean, like really caving. As in, crawling through tiny passageways, headlamps, helmets, knee pads – the whole shebang. We were led by a wonderful guide from the Cincinnati caving community on a wild cave tour of a little known cave in southern Kentucky. This was a new experience for all of us (myself included) and it definitely meant pushing our boundaries.

We started with a slide through a tiny but easy corridor to check out a cave stream and look for cave crickets and salamanders. We then backtracked back to the main passage and proceeded to the next challenge – a much tighter passageway that led to another long passageway below us. To get to the lower cave we had to squeeze (literally) through a 25 foot twisty passageway that would bring us to that lower level. Asia (who was our oldest and tallest girl) got herself stuck about five feet in, and in a near instant her face went from determined and focused to panicked.

Before I proceed, you should know a little bit about Asia first. Asia was one of our oldest kids in camp. Throughout the entire summer, she was a natural leader. She made sure that younger kids were heard, took time to model great behavior, was a wonderful sister, and was just generally fun and open hearted the whole time.


Many times in life we are asked to enter a cave that we fear and the only way to make it to other side is to go forward.

To watch her go from a confident and determined young adult to a petrified kid in a matter of a minute was difficult and heart breaking. In her panic, she couldn’t think of how she could keep going, she just felt stuck and scared. She wanted to go back out the way she came but she was not facing the right way and there was no way she was going to be able to turn around. As her panic mounted, she asked for help from me and my co-leader (the amazing Amy Tuttle). We were talking to her and asking her to breathe and letting her know it was going to be OK, but the only way that she was going to be able to proceed was to move forward.

It was a really tough moment for her. As Amy and I were considering ways that we could help her, the most amazing thing happened. She calmed herself down, and said aloud, “I can do this”, She then proceeded to push through her fear and made her way down the passage without any further problems. She did it. She made it to the lower passage on her own. When she got there, she went immediately back to the Asia that we saw all summer camp. She was talking to the other kids that were coming through the passage, encouraging them and guiding them.

When I think of that moment, I get emotional every time. Many times in life we are asked to enter a cave that we fear and the only way to make it to other side is to go forward. Asia did that that day, and emerged an even stronger, and more confident leader. When faced with the challenge of facing her fear and going forward or staying stuck – she chose the hardest path, but the one with the most rewards.

When I tell people about how time in nature is this incredible gift – it’s because of moments like this and the thousands of other moments that our youth get to do because of our supporters. It’s not always going to be dramatic like getting stuck in a cave, but it’s always going to be meaningful. From building a fort, to finding a salamander, to following a deer track through the woods – these are the moments that stay with us all of our lives and make us who we are. They made me who I am. 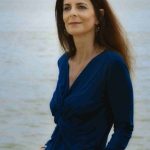 Rights of Nature Series: A Conversation with Osprey Orielle Lake