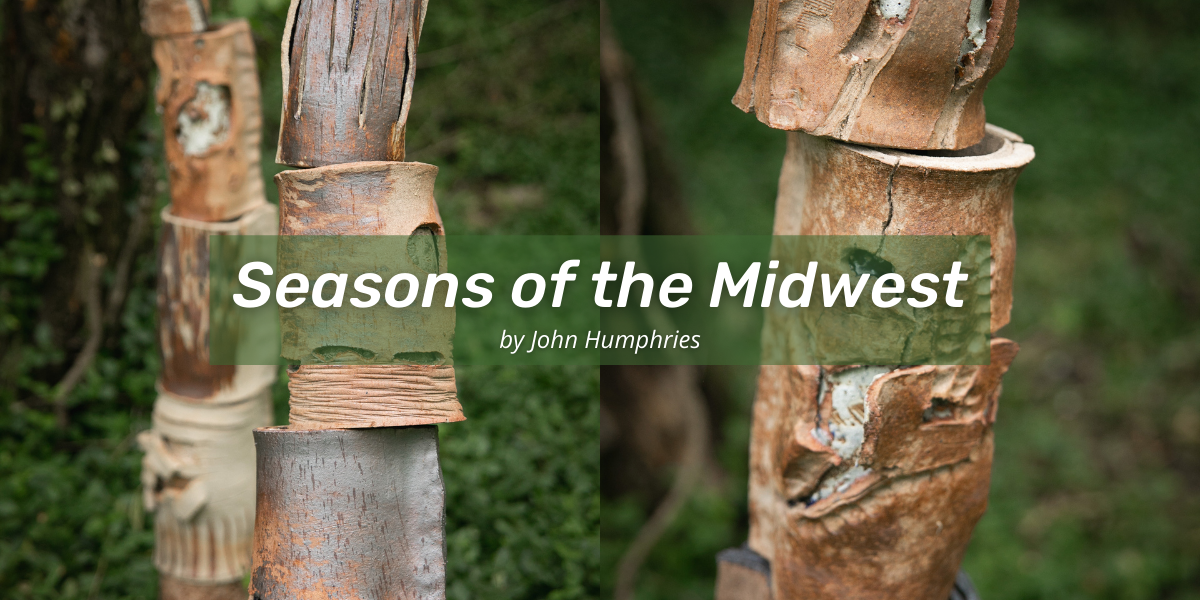 There’s a long and celebrated tradition of seasonal attunement in Japan.

The Japanese calendar was made to conform to the Gregorian calendar in 1873 during European influenced “modernization”. According to this division of time, the 24 traditional seasons were plotted on an ancient lunar calendar. A perfect translation of lunar to solar time is impossible. The differences caused most of the traditional Japanese holidays and seasons to shift in time and show up on the new solar calendar months later than the original seasonal timings. A more subtle and nuanced manner of tracking time was needed. This nuanced form of calendar takes off from the 24 divisions of the calendar year, or sekki (24 seasons). Each of the 24 seasons is further divided into three even more nuanced periods—resulting in the shichijuunu-ko, or 72 mini seasons of Japan. Imagine the years broken into periods of time each of 4-7 days corresponding to an event in nature. The idea is that the passage of the year is not based upon a clockwork mechanism or arbitrary numbers on a calendar, but by the activities of the natural environment, it is an everyday life almanac. Some of the seasons are: The Giant Butterbur Flowers, The Mountain Stream Freezes Over, Rain Moistens the Soil, Grass Sprouts, Swallows Return, or Praying Mantises Hatch.

These ceramic pieces are based upon the Japanese notion of 72 seasons. My new pieces are trying to depict the passage of time in the Midwest by activities and phenomena rather than arbitrary dates. Included in my list of events are: The First Prediction of Snow, Harvesting of the Corn, The Last Mowing of the Year, The Geese Return, Peas Are Planted, or The Running of the Wiener Dogs.

The ceramic pieces use lines and cuts to abstractly represent these events; the resulting carved slab is rolled into a vase-like form (or some kind of vessel). Consider these forms as mnemonic urns or votives to help one be more aware of their environment. These are not literal pictorial representations; they are abstracted and in a way remind the viewer to watch for something or to spark a memory of something slightly forgotten. Similar to how constellations were used in assisting the telling of stories in times past. These also connect to interior design by increasing the ways one can both represent and understand the complexities of human experience and travel through time. Forty-nine of these sculptures are constructed; the others are underway. 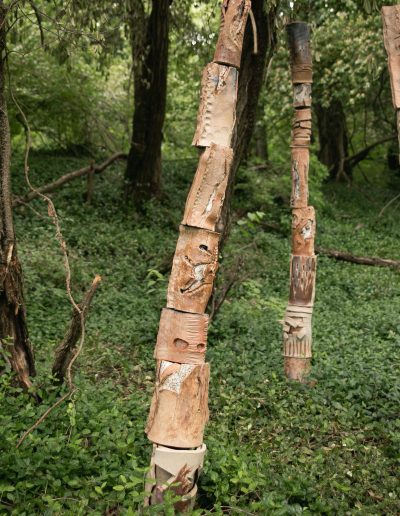 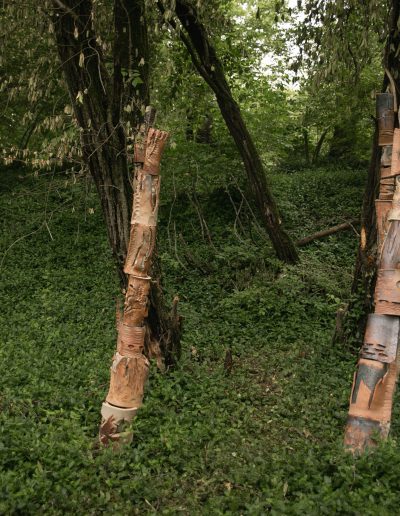 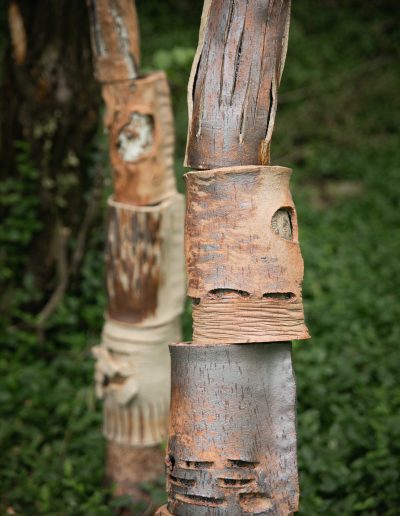 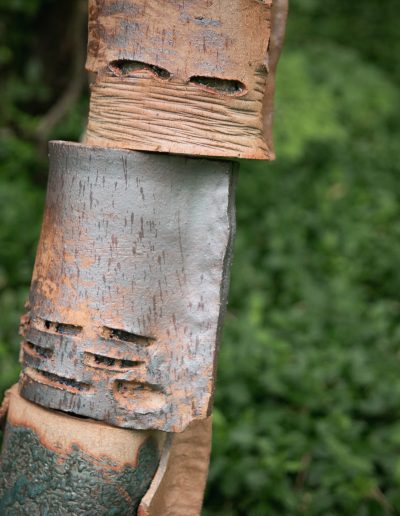 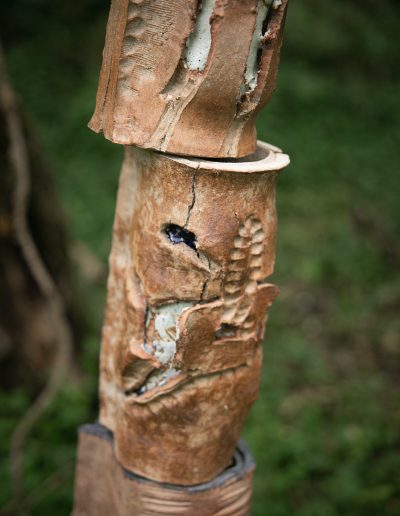 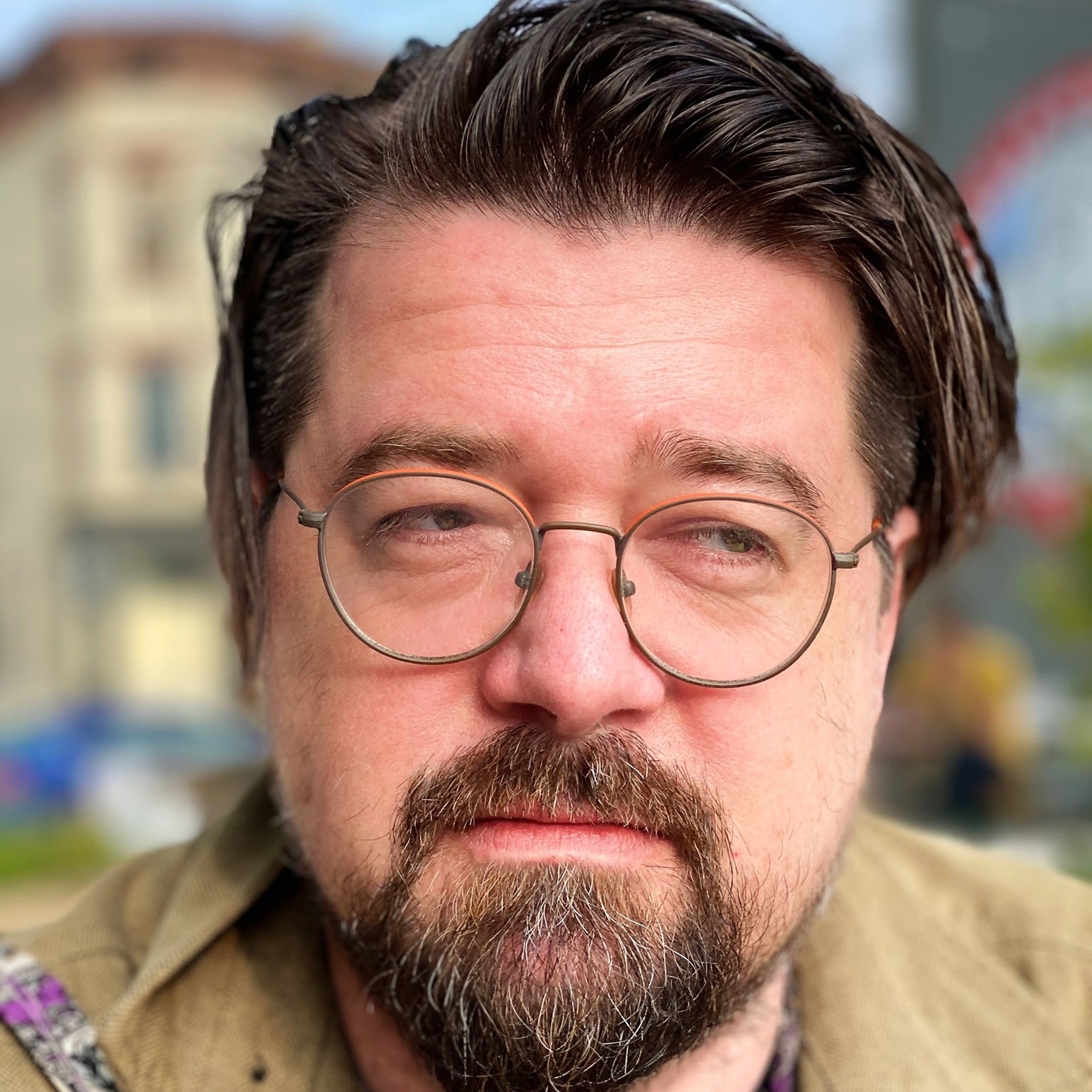 John Humphries took an unusual path to get where he is today, Originally from Texas, pausing briefly on the Ozark Plateau and along the Puget Sound, he now finds the Miami Valley is the perfect location for locking in roots. During his life travels he has completed degrees in Architecture, and Fine Arts in Design following a brief foray as a saucier. He teaches Architecture and Interior Design as a Professor at Miami University. But more than that, …

He is a visual artist, gardener, and designer focusing on communicating, through abstraction, stories and phenomena from nature and mythology. This creative work takes the form of watercolor drawings and ceramic objects.

John has exhibited in Japan, Germany, The Czech republic and in the US (mostly). Exhibitions include “Drawn from the Winter” at the Clifton Cultural Arts Center in Ohio, “Abstracted from the Natural World” Morris Graves Museum of Art in California and “Living Stone” at the Galerie Ladislava Sutnara in Plzeň, Czech Republic. Awards include the Award of Distinction by the Interior Design Educators Council, International Juror’s Award by the American Society of Architectural Illustrators, and The Amy Ringholz Award. He is a fellow of the Hambidge Center for Arts and Science, Fondazzjoni Ćentru għall-Kreattività St. James Cavalier, Malta, The Virginia Center for Creative Arts, and the the Tyrone Guthrie Center, Ireland (summer 2018). He is represented by the Box Heart Gallery, Pittsburgh, PA; Galerie Ladislava Sutnara, Plzen, Czech Republic; Gallery Hertz, Louisville, KY and formerly the Phillis Weston Gallery, Cincinnati, OH.