The 20th Music In the Woods – An event for the ages 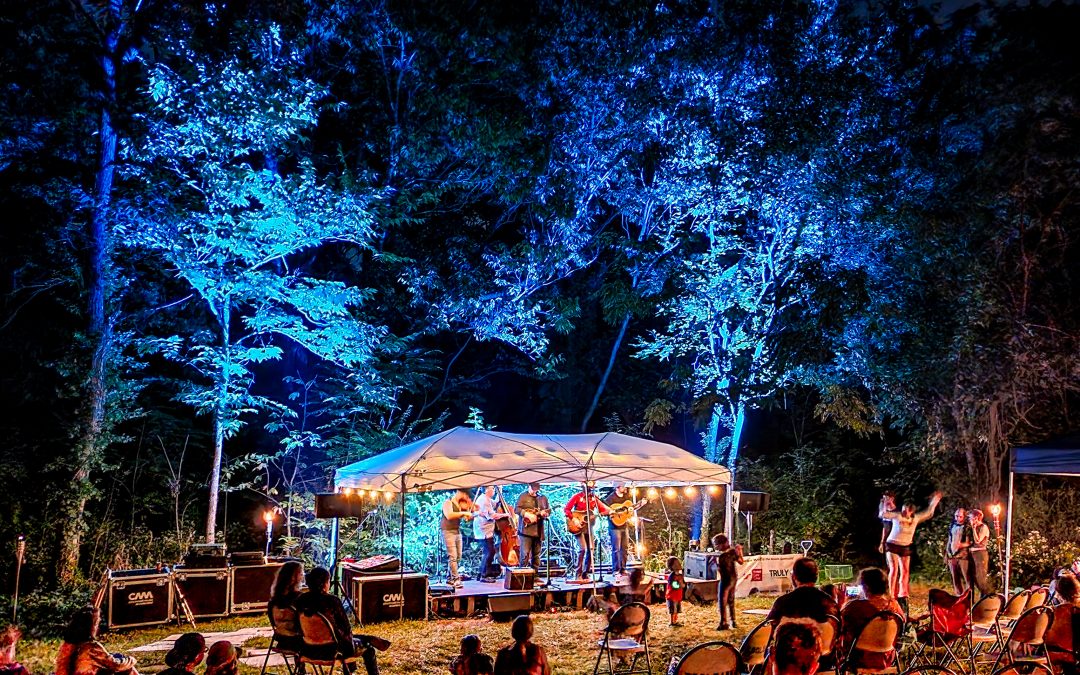 As the dust settles from our 20th Anniversary Music In the Woods, there is one question on everyone’s mind… was it successful? The resounding answer is YES. By every measure this was our biggest Music in the Woods ever!

It was the longest, had the most performers, and it had the biggest variety of food and drinks. It was also the best attended Music in the Woods, and yes, it raised the most money to support Imago’s mission.

The 20th Anniversary Music in the Woods had 11 amazing performances over two stages, more than double what we typically offer. The performances ranged from jazz, to interpretive dance, to educational presentations, and of course, bluegrass (the MITW staple).

Celebrating the Next Generation of MITW’ers

Music in the Woods has always been an event where young people are welcome, but there was even more MITW for our youngest participants. Families enjoyed the birds of prey from Raptor Inc. Families explored Imago on a giant scavenger hunt that featured bean mosaics, giant bubbles, and huge music notes. AND… there was the return of the kid “mosh pit” at the foot of the main stage – with kids jumping and jamming to the music.

We have soooo many people to thank for the success of Music in the Woods. Music in the Woods is only possible through the incredibly generosity and gifts our our amazing community. We are grateful to all the people and organizations that contributed to the silent auction, the organizations that sponsored the event, the many donors that gave food and beverages, our crew of volunteers, and in particular, the amazing Music in the Woods planning committee which gave hundreds of hours of time and wisdom to put the event on. Finally, thank YOU for coming out once a year and partying with us – your presence and spirit make this event special. There is no other event like this in Cincinnati and you’re the reason that we do it – thank you for being a part of it.

How did we do?

If you were at MITW, take a moment to fill out the simple survey. This helps us know what we did well and what we can improve for the future.

How did we do?

Check out the awesome MITW photo album and feel free to share your own MITW photos.